I Appreciated My Father Too Late 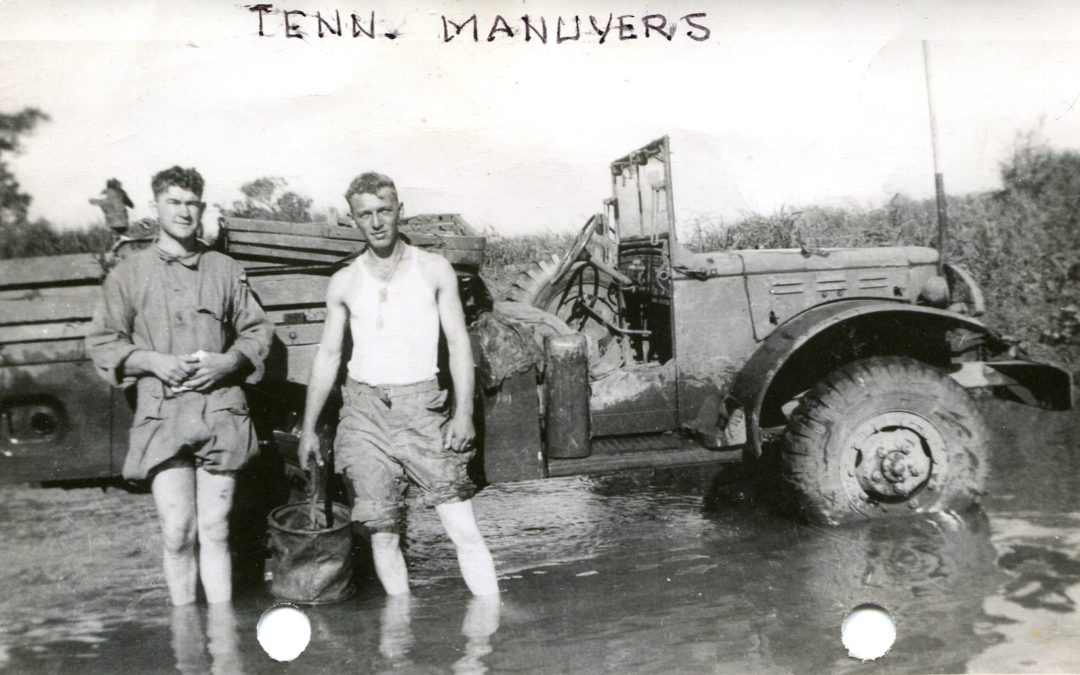 My father Clifford rarely talked about World War Two. It seems that veterans rarely talk about war, except to other veterans.

When my father did talk about the War, at least when talking with Mum and me, it was usually more about his romantic conquests than his martial ones. He was quite a ladies’ man in his single days, and, no wonder! He was a very handsome man. 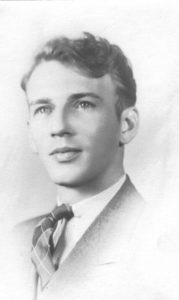 Clifford as a young man

One thing about the war that my father did talk about was the starving German children near the end of the war who would stand near the garbage cans outside the mess, waiting for scraps from the plates of the dining American servicemen.

Dad said that some of the men put their scraps in the garbage. They had no sympathy for the enemy’s children, even in the face of defeat. My father said that he used to take more food than he could eat so that he could give more scraps to the starving children.

My father was sensitive that way, although he hid it well under a well-disciplined, manly demeanor. He remained wiry and trim all his life, and was so strong willed that he went “cold turkey” when he quit smoking and never backslid.

He had the mind of an engineer but not the education. His mechanical aptitude made him a prized part of the Maintenance Department at the factory where he worked for 30 years.

He had a family to provide for, and my mother was a housewife, so the financial weight of the household fell on his shoulders. Many a Saturday he worked to get some overtime pay to provide for us.

Work tested his patience and humor. He was often irritable and argumentative. When he came home from work after fixing machines all day, he didn’t want to bother with car mechanics or home repair. He had had enough of Mr. Fixit. He was happy to retire, although one of his bosses offered him a part-time job doing maintenance at his country club. Thanks, but no thanks!

Retirement had mellowed my father out. He helped my mother around the house, made woodcrafts, and, after badgering me about giving up my toys years before, made a doll house for me and my niece.

My father was the youngest of six children, born to 41-year old parents who indulged him and his older sister Ednamae more than their older siblings, but Dad knew that the little money he received for chores was to be turned over to his mother. It was an old-fashioned, strict German-American household where children knew their place and gave their elders respect, obedience, and space.

Although he had a fine mind, my father was a lazy student. Life was a hard teacher when he left high school at the peak of the Depression in 1933, and it was nothing to walk miles to a job site where they might be hiring. His natural aptitude led him to factory maintenance, and he was well into his career when World War Two took him to the European theater. 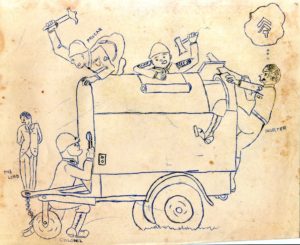 Clifford’s cartoon of his days at Westwood Park, Worcestershire, England

It was so very much like him to keep a documented record of some of his tour of duty in France and Germany:

After the war, he resumed his career. He met my mother and married. For a time, they rented an apartment, and then lived in the project while he bought some land in the country and built a brick house.

He built the entire house by himself, with my mother tagging along and two toddlers in tow.

We moved into that house in February 1956, and it wasn’t until the summer of 1961 that an addition was completed.

He was a marvel of inventiveness. He took a lid from a storage barrel and put marbles in the groove around the circumference. Then he took a lid from another storage barrel and set it on top of the other so that the marbles would slide along the grooves in both lids. A small child could sit on the lids and spin herself dizzy on the improvised toy that my father had invented in 1956, long before the “Sit and Spin” hit the market in the 1970s.

My mother often told me I was just like Dad. She didn’t say that as a compliment; she was talking about his bad points. However, I got more from my father than his disagreeable qualities.

He had a love of nature, and I was very young when he went about his property planting daffodils everywhere. When he came across a box turtle, a praying mantis, opossum, or any kind of wildlife, he would draw our attention to it, and impart to us his respect for the outdoors and the creatures who lived there. Like me, he loved summer, and enjoyed sitting in the backyard in the dark, drinking beer and looking at the stars, filled with wonder at the immensity of the universe. He never professed to be a Christian, but he did believe in a Supreme Being. He felt a kinship with Native Americans and their connection to the natural and spiritual world.

He had a deep love of music. He sang with a group of friends when he was single and played the mandolin and the harmonica. He loved to listen to music, almost any kind of music, and, like me, he would never tire of it.

From the time I was nine until I left home for good at 23, my father and I quarreled constantly and often bitterly. I was not the ideal daughter. I was fat, bespectacled, and weird, not the slender beauty who would draw male attention and find herself a husband who could take good care of her. Moreover, I wouldn’t give up my toys to learn how to be a good cook and housewife. As I grew older, we found more things to fight about, but I didn’t think I made enough money to leave and find my own apartment.

One evening, contemplating his financial burdens, my father suggested that I get a better job.

My mother was appalled that he would throw one of his children out of the house, but, for me, it was really Independence Day. With the help of Garvin Realty, I found an attic apartment where anyone over 5’2” couldn’t stand up straight, but it was affordable and it was my place.

My father had given me my freedom, and I was now a full-fledged adult. I was no longer a financial burden, and I never asked them for a penny thereafter.

The years went by, and my career advanced with my growing experience. I lost weight, occasionally dressed like a lady in fine tailored suits, and wore high heels. I was now more like the daughter he wanted, and our relationship improved. We no longer quarreled; we were in harmony.

Unfortunately, it was not to last. I was 38 when my father died, and I never had the chance to tell him that he was right about some things. There was much more we could have talked about, now that we could talk without fighting.