A light-hearted retelling of one of the most enduring love stories from ancient Greek mythology: the forbidden passion of Eros, the god of Love, for the mortal woman Psyche…

A god’s love for a mortal woman…

It is ancient Greece, a world of gods, superstition, and magic.

The villagers dwelling under the eyes of the jealous and capricious gods on Mount Olympus seek to gain their favor and to uncover the mysteries that only the immortals can know by turning to priests, soothsayers, seers, and fortune-tellers.

The oracle of the divine Apollo is one of the most famous of these seers. Although physically nothing more than a pool of water in a cavern, its wisdom is so renown across Greece that many journey far and wide to seek its counsel.

Among the pilgrims are the wealthy cloth merchant Pericles, his wife Leena, and their daughters Medea, Tanna, and Psyche. Although Psyche is blessed by Aphrodite, the goddess of Beauty, and is cherished by the people of her village for her loveliness, she cares little for their attention, seeking only the approval of her envious and malicious sisters.

Medea and Tanna ridicule the oracle’s prophecy that Psyche will make a “marvelous” marriage to someone “not human,” and use it as another means to torment their sister, driving her to tears.

Offended by Psyche’s behavior and not accustomed to being taken for granted, Aphrodite retaliates by asking her son Eros, the god of Love, to punish Psyche with a life of lovelessness.

Coming to Psyche and her sisters under a cloak of invisibility, Eros is filled with pity for Psyche but determined to carry out his mother’s wishes. Aphrodite’s plan goes amok when Eros wounds himself with his own arrow carrying out the punishment. He falls in love with the woman his mother hates.

Eros must make a decision: Will he do his mother’s bidding and resist the power of love, or will he defy her by setting his own course in pursuit of Psyche’s heart?

And, if he develops an elaborate plan to win Psyche, whose help can he enlist? Is love with Psyche possible, and how long can he keep up his deception before his mother discovers him? 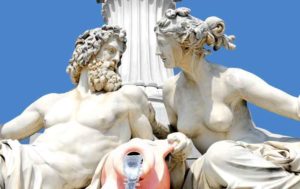 Compared with Eros, Psyche is a novice at love. Eros can’t approach her as a human suitor would approach a human woman. She too has a decision to make: Should she believe the loving words of a mysterious stranger, or should she believe her sisters?

The consequences for Eros and Psyche are dear. Aphrodite’s temper is not something to toy with. She is angry enough with Psyche, but if Psyche should do wrong to her son Eros, there might be no end to the punishment Psyche faces at the hands of the jealous goddess.

Psyche must choose between betrayal and fidelity, just as Eros must connive to win her love and the approval of his mother. Both of them must be put to the test in order to find their heart’s desire.

Read the Ripples of Wisdom Blog 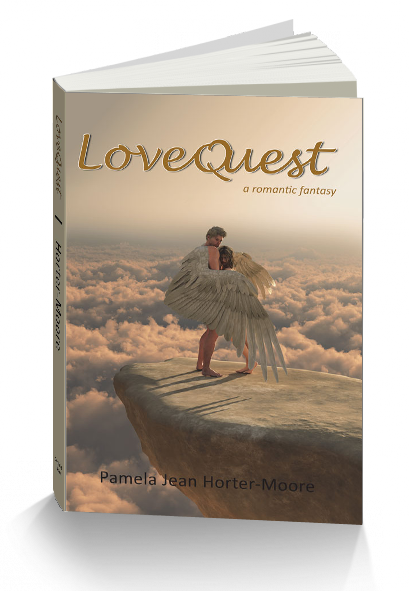